Warrior & STX Brands Both Have Roots in Hockey

Thanks for this guest post from our boys over at Hockey World Blog!

Did you know that two companies who originally got started in lacrosse and field hockey are now making a name for themselves now producing hockey equipment? It's true, both Warrior and STX got their starts in other industries before they become prominent figures in the world of hockey gear. 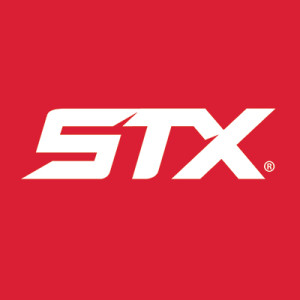 STX just recently joined the world of hockey with a line of sticks and protective equipment. Before that, however, they had a history with field hockey and lacrosse.

On the lacrosse side, STX has two unique lines, the Stallion and Surgeon. The gear they make includes helmets,

For their newest venture, hockey, STX carried over both their Stallion and Surgeon lines to production. So far on the hockey side, STX produces sticks and protective gear. Depending on their success, we may see more from them in the future.

Unlike STX, Warrior never produced any field hockey gear. They originally made a name for themselves producing lacrosse equipment and haven't slowed down. Some of their collections include the Burn, Evo, Rabil, Rabil Next, and Regulator. They manufacture everything for lacrosse, including heads, handles, gloves, protective, helmets, and more. Their partnership with New Balance allows them the opportunity to produce outstanding cleats as well. Warrior also has an extensive line of goalie gear for lacrosse as well.

On the hockey side, Warrior has a number of collections of gear including Dynasty, Covert, Krown, and Ritual. They are a popular hockey stick and protective gear maker, and also offer pants and helmets.

Warrior differentiates themselves from STX on the ice by providing a more complete line-up, including goalie gear for hockey. This includes chest & arm protection, pants, leg pads, catch gloves, blockers, and sticks.

Both STX and Warrior have their strengths when it comes to producing hockey equipment, but it's fun to remember where they got their start. They wouldn't be here today if it weren't for the sports of lacrosse and field hockey.